India has been in the mode of increasing demand for vegetable oil. Currently, the country requires 23MMT of vegetable oils for Home Usage, Commercial Usage, and Industrial usage and the forecast clearly shows that the demand is only going to increase to about 30MMT by 2025. To meet this growing demand the country either has to increase its imports or raise domestic production.

“The Indian government is on a mission to reduce the dependence on vegetable imports and aims to increase local planting area and productivity by 25%. The government may restrict the imports of vegetable oils to be capped at 16MMT for the next decade” says Sandeep Bajoria, CEO of Mumbai based consultancy Sunvin Group and Chairman, Globoil Organsing Committee and President of the International Sunflower Oil Association. “The government is moving towards Atmanirbar (self-reliance), increasing the domestic availability of vegetable oil and reducing the dependency on imports to 50% from 70%. This will be done by facilitating local oilseed production” says Bajoria.

Hence as part of the mission, the government would possibly take 2 steps in the near future, the first one is increase the import duty on oils and the second is to limit the imports to 16MMT.

The primary reason for the fall in imports during this year is due to the COVID pandemic as during this period due to the Lockdown, many businesses were shut as well as there were issues in the supply chain. However the consumption of Soft Oils (Soybean, Sunflower, etc.,) have seen a steep increase as they are preferred in the Home Kitchen segment while Palm oil still rules the Commercial segment i.e. HORECA. India has the upper hand in increasing the production of Sunflower seeds and Soybeans compared to Palm Oil, hence this situation should be explored by the government to increase the cultivation and production of sunflower or soybean.

The article is based on interaction & presentation on the “Overview of Indian Vegetable Oil Industry” by Mr. Sandeep Bajoria, CEO, Sunvin Group and the Chairman of Globoil India Organising Committee 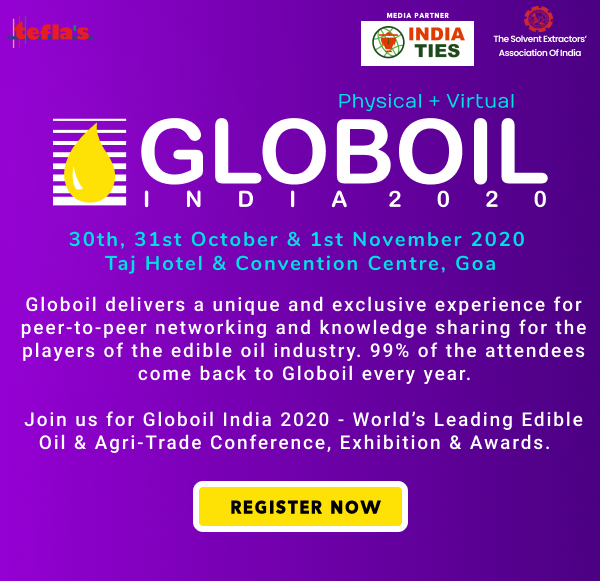 The demand for Palm Oil in the world

Fixation of Tariff Value of Edible Oils, Metals and Nuts

Central Board of Indirect Taxes & Customs has made the following amendments in regards to the fixation of tariff value of Edible Oils, Brass Scrap, Poppy Seeds, Areca Nut, Gold and Silver. The new rates for Imports and Exports are as follows […]

Edible Oils see one another Raise of US$50 per MT

Central Board of Indirect Taxes and Customs makes the following amendments in the notification related to the tariffs for Edible oils, gold, and other mineral imports. […]